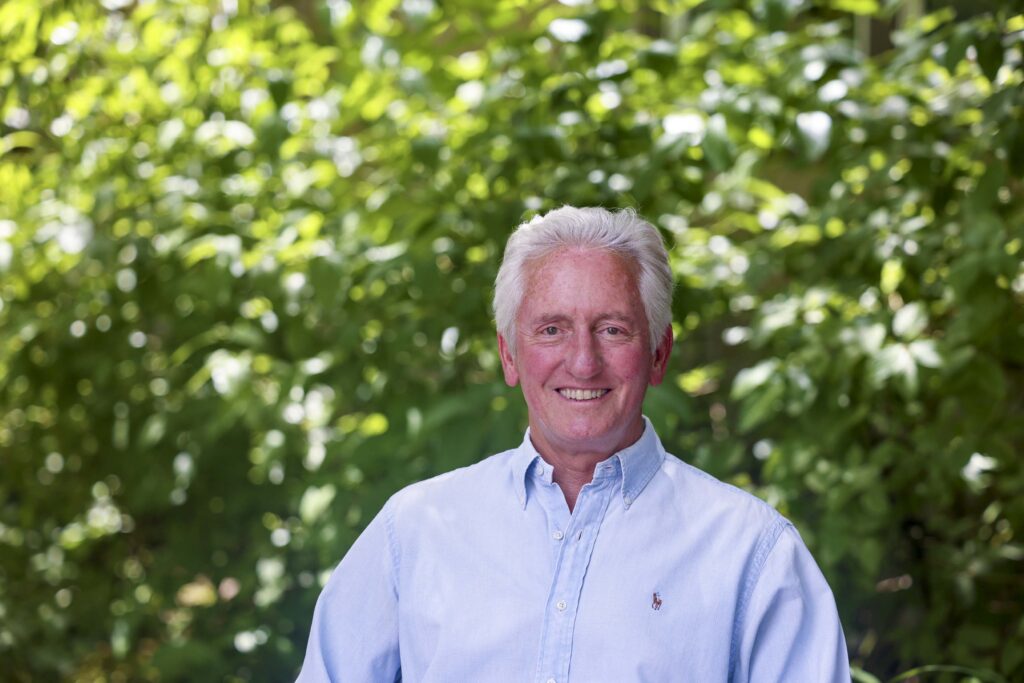 Walt earned his J.D. from the University of Idaho in 1978 and B.A. in Economics from Stanford University in 1975.  He served as a trial attorney for 40 years in Twin Falls and Boise, Idaho. Walt led multiple other organizations to include serving as a past Chair of the American Heart Association National Board of Directors, past Chair of the Idaho Shakespeare Festival, member and past Chair of the St. Luke’s Health System Strategic Initiatives Committee, past member of the Learning Lab Advisory Committee, and past member of FACES of Hope Board of Directors. Walt wanted to give back to the communities which have helped him over his life and career.

Walt was born and raised in Twin Falls, Idaho. He moved to Boise for legal practice in 2001. He is married to Kristin Hoff Sinclair and has a stepson, Sam Sarbacher, and stepdaughter, Courtenay Barlow Petersen.  Walt loves to run, ski (both snow and water), golf, fish, and hike. Walt moved to McCall in 2019, where his wife Kristin’s family settled back in 1910, participating in the Mill with the Brown family for many years. Walt lives in his wife’s family’s cabin built in 1988, which is now their home.

My Wife, Kristin’s family, the Hoffs settled in McCall in 1910 and were involved in the Mill with the Brown family for many years.  They ultimately moved to Horseshoe Bend to run that Mill.  Harvey Hoff, Kristin’s father, built our current cabin in 1988 and Kristin and I now live here full time, making McCall our fulltime home since 2019.  We volunteer for local efforts, such as the Ponderosa Center, to give back to the community and the Valley.

Why the Ponderosa Center?

From our perspective, the Ponderosa Center will support our young adults in the Valley, providing them with a venue to participate in art, music and community (e.g., high school graduation, events). It would also supplement the whole community’s access to art, music and community events.  It could provide a home to the McCall Ski Heritage Society, the McCall Music Society, and the Chamber of Commerce.