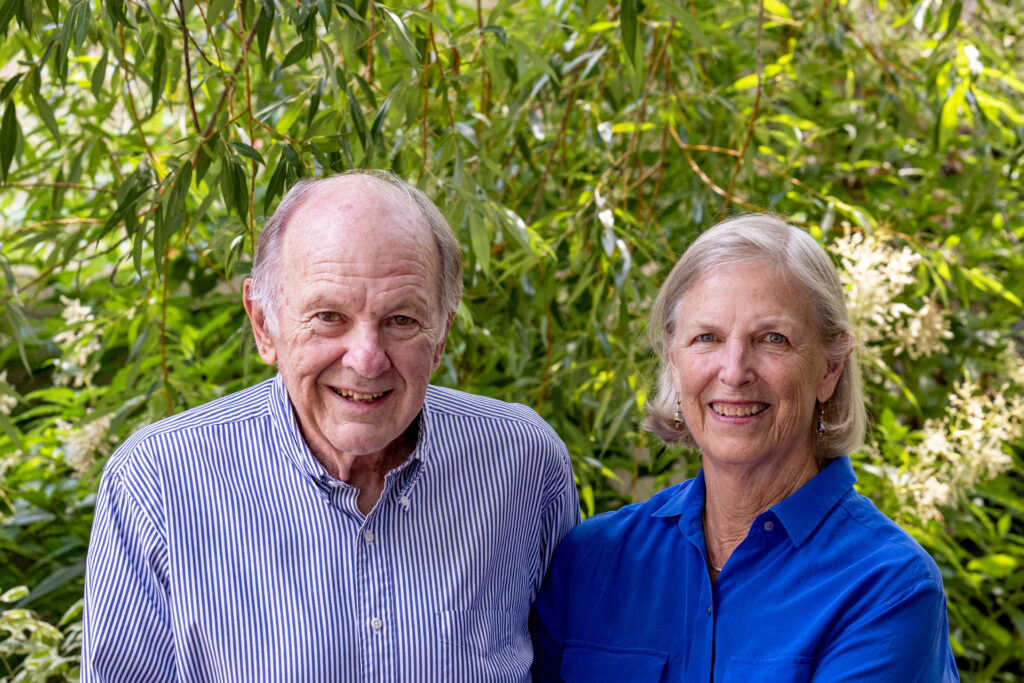 Margie was born and raised in Philadelphia, PA but after marriage lived in Sioux Falls, SD and Sioux City, IA. She and Richard bought their home in McCall in 2004 and are full-time residents. They have four grown children, nine grandchildren and one great-grandchild. While living in the Midwest, Richard was Senior Vice President of Dain Bosworth, a New York Stock Exchange member firm, now known as RBC Wealth Management. He served in several community organizations including the board of the Sioux City Symphony Orchestra Association, the Board of the Siouxland Regional Cancer Center, the Sioux City Rotary Club and a three-year term as a Director of the Sioux City Community School District. He was active as a Junior and Senior Warden of St. Thomas’ Episcopal Church in Sioux City. Shortly after retirement in 1998, he was asked to serve as Interim Executive Director of the Sioux City Symphony, and held that position for a year.  Richard and Margie attend St Andrew’s Episcopal Church in McCall. Richard is a member of the McCall Rotary Club and President of the McCall Music Society. Richard and Margie are both distinguished members of the Ponderosa Center Emeritus Board and Capital Campaign Cabinet.